Music is life, life is emotion, emotion is sound, sound is music — world-wide — connecting element, where the language ends. As an artist it is my daily striving to discover this fascination again and again and to make something special out of it.

Music is life, life is emotion, emotion is sound, sound is music — world-wide — connecting element, where the language ends. As an artist it is my daily striving to discover this fascination again and again and to make something special out of it.

The Austrian mezzo-soprano Neelam Brader was born in 1991 in India. She began her professional education at the age of 15.

In June 2019 she graduated her Bachelor at the Mozarteum University in Salzburg (Austria) in the class of Univ.Prof. Hon.-Prof. Mario Diaz. Since October 2019 she continues studying with him in Master Degree in Singing, and is additionally student in the Lied-class of Univ.Prof. Pauliina Tukiainen.

From 2014 to 2017, she was a member of the Salzburger Bachchor where she worked with prominent conductors such as Marc Minkowski, Antonello Manacorda, Ivor Bolton, HK Gruber and Elisabeth Fuchs in numerous projects including the Salzburger Festival.
As a soloist, she sang the alto part in J.S. Bach’s “Weihnachtsoratorium” under the baton of Gertraud Steinkogler-Wurzinger.

In 2016, Neelam sang the role of „Soeur Mathilde“ in Francis Poulenc’s „Dialogues des carmélites“ at the Mozarteum University, direction by Karoline Gruber and conducted by Kai Röhrig.
Other highlights include her participation in concert in fall 2016 with the Bläserphilharmonie Mozarteum, Salzburg.
She sang the role of “Bradamante” in “Alcina” of Georg Friedrich Händel at the Mozarteum University, directed by Alexander von Pfeil and conducted by Gernot Sahler.
In Saalfelden, Austria she performed the alto part in Mozart’s „Missa Solemnis (KV 337) and Regina Coeli (KV 276) conducted by Clemens Reichsöllner.

In April 2018 another great opportunity was, to sing a concert in Schweden conducted by Joachim Gustafsson.
She opened musically the art exhibition “Einheit in Vielfalt” in St. Pölten in May 2019, in July in Rome “Mostra personale” and in September of the same year in Barcelona “Inside Art”.
In addition, she sang several performances as a soloist at masses in Salzburg Cathedral under direction of Master of Music János Czifra.

She already sang at the Teatro Olimpico (Vicenza), Teatro comunale „E. Sollima „(Marsala) and in the opera of Monte Carlo (Monaco).

“I Capuleti e i Montecchi” (Romeo) 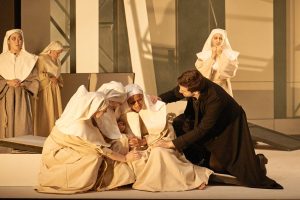 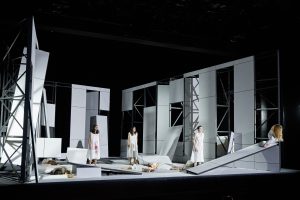 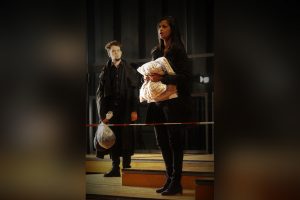 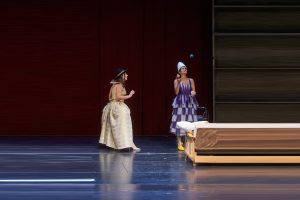 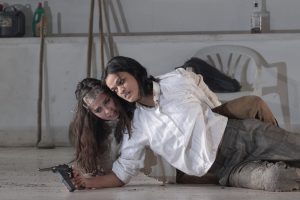 Alcina
Alcina
For inquiries or personal messages please use the following form or contact me by e-mail.